When using Windows Media Center, there is a hidden option to make it display a "my dvds" menu item.  As well as DVDs, it also shows all your recorded films.

By default there is no thumbnail image displayed for these recorded films (which end in the "dvr-ms" extension): 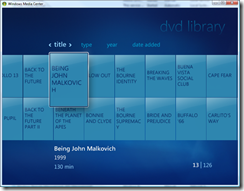 You can make a thumbnail be displayed  by downloading the appropriate cover art jpeg image, and name it the same as the film's file, but with the ".jpg" extension, instead of ".dvr-ms".

I have well over a hundred such films, and it was going to take all night to download each film's cover from amazon/google, so I've created a program which does it in bulk.  You chose a directory containing your dvr-ms files, and for each film that doesn't already have an image, it looks up the film name in Google Images, and lets you choose the appropriate image: 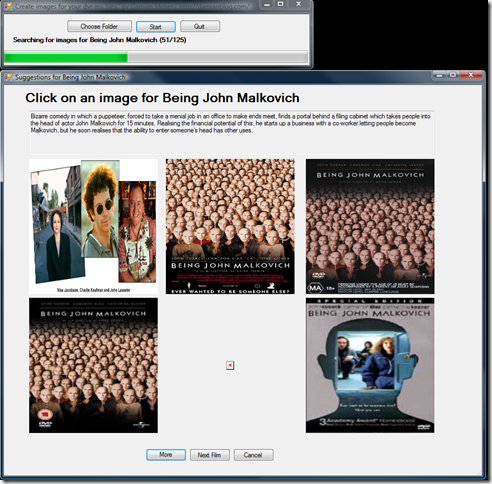 After you click on the image you want, it creates the JPEG file for the film, and carries on to the next film.  It uses the metadata in the DVR-MS files to determine if the file is a film, and only prompts you for films. 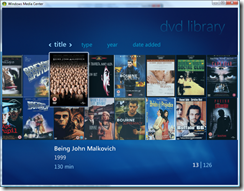 You can download the program here.  Download it to your computer before running it.  It is written in C#  and is free for you to use -- use it entirely at your own risk-- feel free to report bugs here though.